This will highlight WI prisoners who write FFUP asking for help with transitioning to  the outside world. Most are truth in sentencing (TIS) prisoners and they get almost no while in prison or after release  and are often shuffled back into prison with the policy of reincarcerating for non felonies, Even minor rule infractions can trigger reincarceration.
If you would like to help, Please contact Peg Swan ;608-536-3993; pgswan3@aol.com.

1)Release date 11 26 18/ Robert Ward 515599 WSPF , PO BOX 9900; Boscobel, WI 53805    Born 1990, Robert  Ward is 27, mentally ill, and struggling hard to make it through his time in solitary. He is one of
the many that had his diagnosis changed from serious(MH 2) to non serious(MH1 )
and was moved to WSPF. He has requested treatment at WRC but has been denied , they said
because AC prisoners cannot go to WRC, which my research shows is untrue. Robert has
developed a phobia about  being around people and is afraid that without help his stay n the free
world will be short. Thinking of learning boxing to help him vent his frustrations once he is out.
He has no violence in his CRs
and there is no justification for him being on AC.He is upbeat and intends to make it- Would be much helped if he could have a corresponding friend/mentor.
https://needsfriendsnow.blogspot.com/2016/10/robert-ward.html
most recent addition:Robert Ward's latest submission: https://ffupstuff.files.wordpress.com/2017/02/robert-ward-for-blog2-17.pdf

release Date:9 14 17:  Jarvis Gordon  551848;WSPF PO Box 9900. Boscobel, WI 53805; Birth Year 1996 . needs any job in Kenosha;Typed from February 1st letter
“I don’t know why they put me on AC because I was in Green Bay and they told me I would be getting out of seg september 19th 2016 but in August of 2016 they put me on AC when I was going to get out of seg Boscobel put me on. And don’t want to take me off. But on the support (my question-do you have any support for after you are released?)- not really and right now it’s looking like I will be released to Kenosha County. Can you help me get a house before I get out. If I can I would like to keep you up to date? August 5th I got to Boscobel – I was 19 when they put me on and I been down from February 2013 and have not got one program given me. You do what you want with this.”
(Missed this one- not sure I gave him my phone number- sending card hopes they forward it.) 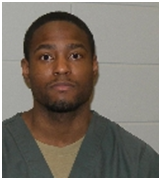 Release date 10 25  17:  Michael Pugh 615180, GBCI PO Box 19033, Green Bay, WI  54307;birth year 1995( he is 22,),release date 10 25 17
These CO’s is doing us inmates wrong. I got placed in the hole because cellmate got caught with porn. One of the COs asked me to pat search me and I let him while I was talking to CO Wickman. Another person came from behind and grabbed me by the shoulder roughly. I turned around and got in a fighting stance because I thought that it was an inmate that grabbed me like that. All the correctional officers rushed me to the all and hand cuffed me and I didn’t do nothing wrong. And in the rule book correctional officers don’t supposed to put they hands on an inmate unless they say it’s okay. The white shirt here gave me a 60 DS (disciplinary segregation)  time in the hole with no half time and I did do nothing wrong.
Not only that but in seg us over here don’t even get rec or go to the law library. They always make excuses that they busy but don’t none of these correctional officers even try to make sure we get what we got coming. And what’s so crazy we get oatmeal bread and peanut butters damner all the time for breakfast. They can’t even feed us inmates enough to keep us full until lunch time. Ever since this warden came here everything been going downhill. They’ve given us a 60 for 3 Ds and 3 Ds ain’t nothing but cell confinement or loss of rec. They don’t even give us face towels when its shower time in segregation. They don’t even have cameras in the hallways or they don’t even do 30 minute rounds and come and check up on us inmates and make sure we’re alive.
One time I didn’t have my inhaler so I had to kick me door and I was kicking for four hours before they came and seen what I wanted. I try to ICE ( file with Inmate complaint examiner) these things but I know my mail is being messed with because I wait months and months before I have to just write another one. But I got so tired of they B.S. I just stop writing them altogether. I really do appreciate the stamps because I’m all by myself in here and don’t have nobody doing nothing for me. It be very hard at times for me to get hygiene because I don’t have no money. Other inmates be having to give me things. All my family is gone so when these correctional officers do things to me I just try to keep my cool.
But trying to do that all the time is not easy that’s why I be segregation so much because I don’t let nobody disrespect at all. Sometimes I feel like giving up on life because I don’t have nobody who love me and it’s very hard in here but Allah knows I’m trying so hard. I don’t have a tv or radio so that’s why I just stay in segregation.
I just wish I had a family who loved me and would do things for me when I need it most. Bless you, you are a special person and I wish I had a mother like you who can love me.
Michael Pugh 615180 GBCI PO Box 19033, Green Bay, WI 543075)

Release date 10 13 18/Cody Long 558710;WCI  PO Box 351; Waupun, WI 53963;Born 1992(25), to be released 10/2018
Cody Long is a 24  year old kid sitting in solitary confinement in Waupun Correctional.  In his first letter below he explains he belonged to a tough elite group and tell how he got where he is now. He is writing hoping to find someone that will help him keep sane. There is no treatment or training here, another example of our completely dysfunctional system which neither rehabilitates nor keeps us safe.  We can help him over-come the obstacles by showing him what true friendship is for. I don't think many of these kids know, or have experienced love or caring that doesn't have a dozen strings attached.
Update 9 17: having particularly hard time keeping his cool with increasing harassment by guards and gangs. Env ordered for him , for example, we confiscated as “contraband.”

Release Date 6 11 19   Brad Grossman 394775 WCI
Brad Grossman has two years to go and asks for help with transition/going to Walworth County which “ has a lot of rich people and really nothing to help out criminals”. He is looking for legal help with health problems- has loose joints almost like double jointed throughout his body-pain numbness back and shoulders cramping etc. Wants to file lawsuit against prison for no help. letter scanned.
Letter 9 5 17:trying to set up some kind of release network as has noone outside, Want to apply for SSI and wants rules that parolees have to follow- hears that they have to be subjected to lie detector tests. Very much want to get started preparing for release now.

Darryl Nelson 551868 CCI;1st letter: release date 5 8 19/many ideas for when he is release-wants to start a program with the youth. Working on SHTY program for last 5 or 6 years and feels he can help and wants to give back. Reaching out because he knows noone in WI.
2nd letter 6 2 17:just had birthday- my letter came at right point. “Caught case” in Milwaukee. Mother and sister are in Milwaukee but he just met them in 2007 and got locked up in 2009. Dad is in Philadelphia but doesn’t know him either. Locked up at 21 yo- now 30. Says doesn’t want people to feel sorry for him cause he has done enough of that himself.
-asking for a little help.

Release date: 11 11 17; Roberto Santana Acosta Mendez 387065, WCI;Birth Date 1982. Native American
(July letter I did not get to answering)-
Asks for help with jobs, wants pictures of family uploaded
Not specifically asking for  mentoring If there is someone
who would want to correspond with him, I will contact him. Has 2 kids.