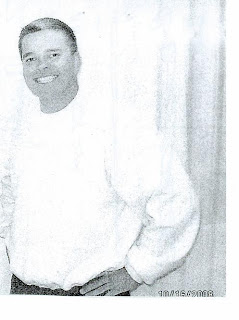 The below is a letter and call for assistance from Ron Schroeder, who is leaving prison this spring, but will be forced into homelessness because of residency requirements.

Does the Wisconsin Department of Corrections, Division of Community Corrections (DCC) have a culture of forcing parolees into homelessness, despite available and suitable housing?

Ron Schroeder will be released 3/31/20. His victim was not a minor. His trial judge has stated there is no evidence or indication he is interested in victimizing children sexually or otherwise. He is heterosexual. DOC has determined him low risk to reoffend, and stated in his risk assessment: "He may need to focus on obtaining more stable living arrangements . . . There may also a need for a referral to financial supports or subsidized housing."

Schroeder recently proposed a residence. The Sex Offender Residence Assessment form denied it on grounds the home contained "family photos" and "children's toys" (the homeowner has a son, but Schroeder is heterosexual and has no interest in harming children of any age or gender). The form also acknowledged that the ordinance didn't apply to Schroeder (because he has no child victims) but the residence was unsuitable because it was over a mile away from a YWCA.

This may not be a Schroeder-only problem. If DCC will deny him - a low risk person with no child victims and a documented need for residential assistance - a residence on these grounds, it calls into question DCC's true motives and objectives for all supervisees.

Are DOC Secretary Carr, Gov. Evers, Reps. Goyke and Schraa (on the legislative Corrections oversight committee), mayors, alderpersons, county executives, sentencing judges, and citizens are aware of this practice? These folks are unlikely to support supervisees being homeless in their communities when available and suitable housing is available. They are also unlikely to defer to the DCC when their decisions are this arbitrary.

Citizens are asked to simply ask Carr, Evers, Goyke, and Schraa to reject the concept that a residence be denied for containing family photos, children's toys, and for being a mile from a family center (such as the YMCA). Citizens are also asked to ask these officials to urge DCC to reconsider Schroeder's proposed residence.

Submitted by Roni Schultz of OSCI. Permission to edit and publish with name included.

(This is authored and submitted under the First Amendment.)