Columbia Correctional Warden Susan Novak delayed flu vaccine to people at high risk. As of Dec 8, people, including aged people, diabetics and others with compromised immune systems had not received the flu shot they typically get in September. There was a vaccine shortage this year, but prisons are incubators for viruses because they confine many people in close quarters with low quality medical care and nutrition. If public safety was a genuine concern, distribution to prisons would be a priority, especially to high-risk people.

Even worse, it seems the facility had the vaccine by November 24 but did not administer it by orders of Warden Novak. Below is a transcription of William Ledford's letter detailing the situation.


As I believe I have told you, I am a type I insulin dependent diabetic and a senior citizen. Thus I have a challenged immune system which puts me at high risk for the flu, among other issues. The CDC highly recommended one should have a flu shot in September, particularly for high risk people like myself. Prior to 11-9-19 there had already been six deaths in Wisconsin from flu in the community. As you may be aware when colds of flu begins to take hold in a cramped over-populated environment such as a prison it spreads like a California wild fire in high winds, sometimes making 2-3 rounds. It is no joke!


On 11-9-19, not having yet received a flu shot, I wrote a Health Service Request (HSR) to the Health Service Unit (HSU) inquiring about the shots. An RN named Gaier replied that the DOC was delayed in getting them (allegedly) due to a shortage, but would provide them as soon as they received them. However, I do not recall any shortages being reported in Wisconsin, though I may be incorrect on that. [There was a shortage in Wisconsin that Bill must not have heard about.]

In the week of 11-24-19 I spoke face-to-face with the HSU manager Lucinda "Cindy" Buchanan about the matter who said [vaccines] were here, waiting to be distributed. However, wanting to get a response in writing, on 11-29-19 I wrote HSM Buchanan a letter to see how she would respond. She didn't respond at all.

On 12-2-19 I spoke to LPN "Jean" (I don't recall her last name) during AM med rounds and she said [vaccines] had been received, but they didn't do them "because of Thanksgiving" (what difference that makes, I have no idea!), but would be doing them next week. However, that didn't happen.

On 12-5-19 another prisoner named Claude Potvine, also a diabetic and 60 years old wrote an HSR to HSU also asking about the flu shots and expressing his concerns. On 12-6-19 RN Gaier responded by stating: "sorry-waiting for OK from Warden."

That response actually stunned me! I have been around a long time and am rarely surprised by the arrogance and indifference of DOC employees / officials, but this one got me. This explicitly demonstrates that the Warden has been interfering with and withholding needed medication, particularly to a high risk segment of the prison population; and she is using this lockdown as an excuse to do so.

In my mind this qualified, at least, endangering the safety of all prisoners, but especially us high risk prisoners, in addition to elder abuse, abuse of the disabled, abuse of residents in a penal facility and misconduct in public office, not to mention several civil rights claims / torts, both state and federal.

In any case, on this date I filed a formal inmate complaint via the inmate complaint review system (ICRS) mentioning all of this and attaching documents. Of course, even though I am very capable and understanding of the filing of a complaint pursuant to DOC 310, it is a certainty that the institution complaint examiner (ICE) will come up with some inaccurate, dishonest and corrupt basis for either not filing it or "rejecting" it to prevent litigation.

They intensely dislike me because I advocate and keep the fire to their feet, but i refuse to be bullied or intimidated. I tell them to their face- what are they going to do to me? I'm going to die here anyway! That tends to piss them off.

Thanks for the help, 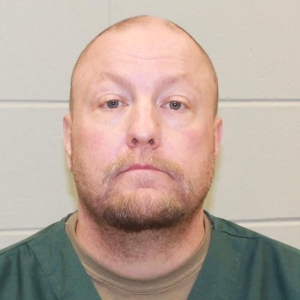 Bill is a strong advocate for incarcerated people, a seasoned litigator, and a good source of information to FFUP. He is working on litigation about a variety of issues in Wisconsin prisons, and would love help from more outside contacts. You can write to Bill to offer help with these things, or just to let him (and the staff) know that he's not alone.