Let Our People Go Rally! Feb 5, at the DOC 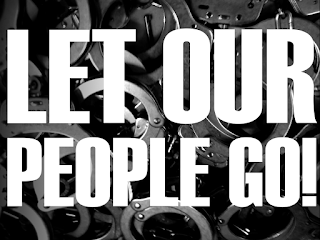 Volunteers, organizers and supporters of people sentenced under the old law (and thus eligible for parole) have been attending the monthly meetings of the parole commission since last August. There we have seen evidence of active efforts to sabotage and obstruct the long overdue releases of our loved ones.

The racism and signs of manipulation we witnessed at January's meeting were particularly intolerable. We will not sit and watch this injustice any longer. From now on we will follow the monthly meetings with a rally supporting reform and releases.

We're asking you to join us on February 5 and on the first Wednesday of every month thereafter until they LET OUR PEOPLE GO!

Talib Akbar- survivor of Wisconsin prison system, sentenced under the old law and released in 2013. Organizer with MOSES.

If you cannot attend, please support this effort by signing and sharing our petition demanding accelerated releases and reformed criteria. 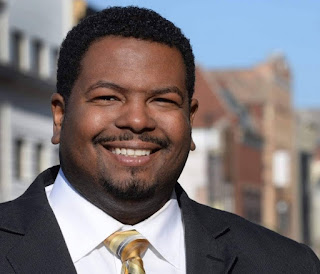 Governor Tony Evers appointed John Tate II, a social worker from Racine to Chair the Commission. Tate is the second black man in this role, and the first person coming from a social work and helping profession (typically commissioners come from the DOC or prosecutor's offices). He came in with a stated intention to increase releases and help reduce mass incarceration in Wisconsin.

In response, Tate has seen extraordinary obstruction from the DOC, the legislature, and even the rest of the commission.

At the meetings and through communication with incarcerated people, we have witnessed or learned about the following: 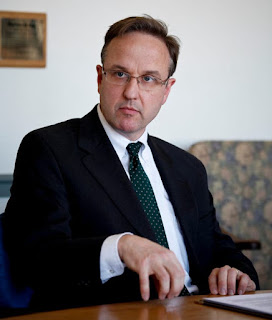 The sabotage of the Parole Commission started before Tate's appointment. Under the previous Chairman Daniel Gabler, releases had all but ceased. There were so few paroles granted that Scott Walker considered abolishing the parole commission to "streamline" the process by not bothering with routine hearings anymore. Opposition efforts prevented this  change from officially occurring, but Gabler and Walker did allow the commission to shrink at the end of their terms. After losing the 2018 election, Walker appointed Gabler to be a Milwaukee County Judge. He is up for re-election on April 7, 2020.

The parole commission went from 8 Commissioners and 13 staff in 2014 to three commissioners and two staff by the time Tate took over. Those two staff left in his first six months. The commission was 6 months behind on correspondence on Tate's first day, and is now more than 12 months behind. Family members write support letters and make calls to the commission, but they are never answered. Letters announcing details that would qualify people for release, like housing and job offers do not get into their files. The commission is so understaffed that they are giving out automatic 2 month defers without holding a hearing at all. Rather than letting Tate give people fair hearings and more frequent releases, Wisconsin's parole system has made itself completely dysfunctional. 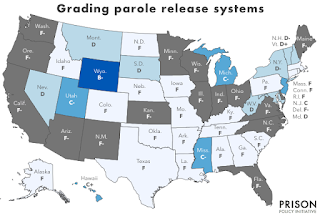 The roots of this problem lie in the law change that occurred in January of 2000. That's when Wisconsin implemented its Truth In Sentencing Law, eliminating parole as a sentencing option in favor of a bifurcated sentence (X years in prison and Y years on community supervision with no evaluations, reviews or options for early release). This law change abandoned the people sentenced before Jan 1, 2000 to a legal limbo where they went before the parole commission with a clear conflict of interest. Without new people being sentenced to parole, the commission's budget and commissioner's paychecks are based on holding hearings for a limited group of people that can only grow more limited with every release. Eventually, if the parole commission continued to operate as it had before 2000, parole commissioners would completely eliminate the pool of people they were reviewing. Their personal financial interest is thus protected by deferring releases.
Meanwhile, the institutional culture of the DOC is also based on holding onto its captives using every means at their disposal. This culture is most explicitly stated in an April of 1984 memo to the DOC by then Governor Tommy Thompson. Upon discovering that he could not retroactively apply a law abolishing mandatory release, Thompson told DOC Secretary stating "I hereby direct the Department of Corrections to pursue any and all available legal avenues to block the release of [people]... the policy of this administration is to keep [people] in prison as long as possible under the law." This direction has defined the DOC's internal culture for decades, and based on our observations, the culture remains strong and is becoming increasingly aggressive.
at January 30, 2020