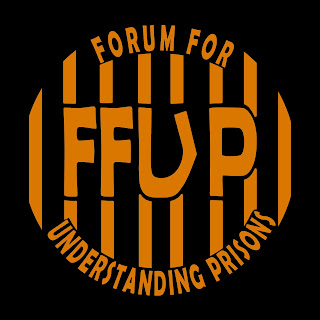 Since our last update, FFUP has taken action on four major issues:


These efforts are ongoing, as is advocacy and assistance for individuals suffering hardships in Wiscsonin prisons. We could always use more support! Donations are appreciated and will go to direct support for incarcerated people and to cover the many small costs associated with doing our work. FFUP is a very small volunteer-based organization, so your money goes far with us.

We are also always looking for volunteers and people to show up and stand up for incarcerated people in Wisconsin. Whether that means attending a rally, talking to officials, writing to prisoners or helping with reports, there is a place for everyone in this work.

Help with coordinating legal assistance, video editing, and social media work is especially needed. If you have any of those skills, and would like to plug in contact either Peg (pgswan3@aol.com) who focuses on intake, legal and communication with incarcerated people or Ben (insurgent.ben@gmail.com) who focuses on outreach, media and event planning.

On to our current major projects...

We leaped to action against the prolonged and excruciating lock-down at Columbia Correctional Institution, which started on November 8, and wasn’t completely lifted until December 22. Midway through the lockdown Muhammad (Larry) Bracey was killed by guards through medical neglect. We posted 13 reports, letters or updates about the lockdown on our website. We also staged a New Year’s Eeve noise demo outside Columbia and two rallies at the Wisconsin DOC building.

We mirrored the demands of incarcerated people, including hunger strikers, who called for Warden Susan Novak to be fired. Our efforts got us a meeting with Secretary Carr and other top DOC officials, who haven’t yet met our demands, but have fired some racist and sadistic guards, including multiple involved in Muhammad Bracey’s death. Unfortunately, conditions remain unsafe at CCI following the lockdown, two more mendied preventable deaths on the week of January 13.

We are still getting responses to our open records requests, and will put out more reports shining a continuous light on the horrors that creep in the corners of this institution. We will continue to fight for our demands until they are satisfied, including the firing of Susan Novak.

Ending the torture of long term solitary confinement has been the driving goal of FFUP’s work for more than 15 years. We are continuously dismayed to see this practice and attending tortures expanding in Wisconsin, despite inspiring reform efforts happening elsewhere.

In February, we will release a comprehensive report by FFUP founder Peg Swan, describing the history of solitary in Wisconsin and its many impacts, large and small. Joining testimonies from survivors, historical events and legal analysis, the report advocates for strong and decisive action toward restricting and eliminating Wisconsin’s use solitary confinement and replacing it with mental health treatment.

Governor Evers and Secretary Carr have talked about reforming solitary confinement, but cautioned us that the changes will be gradual. David Crowley and other law-makers have introduced a bill calling for psychological reviews of people in solitary confinement. The trouble is, DOC doctors are already routinely altering mental health diagnoses to enable the use of restraint chairs and other forms of torture that aren’t officially sanctioned for use on people diagnosed with serious mental illnesses. We expect that if the proposed law or similar restrictions come to pass, DOC staff will dodge their effect by continuing their practice of altering diagnoses to put whoever they want into solitary.

Instead, Wisconsin needs the follow the success story in Colorado. When Rick Raemisch took over the DOC there, he made a dramatic commitment to replace solitary confinement with mindfulness practice and treatment. Within his first year, changes were happening, and now Colorado restricts solitary confinement to a maximum of 15 days.

Volunteers with FFUP have been attending recent parole board meetings to track progress toward reforms and increased releases by the new administration. There are about 3000 people held in Wisconsin prisons under the old law, most of them would be released by the standard expectations of their sentencing judges by now if not for very regressive policies of the DOC and parole commission. Peg and other FFUP contacts maintain regular correspondence with many old law prisoners. Releasing these people will not only reunite them with their families, it will have a significant impact on the overcrowding that makes everyone’s life harder in prison- both captives and staff.

Last spring Governor Evers appointed John Tate II to be the Chair of the Parole Commission, promising increased releases and long overdue justice for people sentenced before Dec 31, 1999. Unfortunately, from what we’ve observed in meetings transition to that agenda has been very difficult. On January 8, we witnessed an alarming level of obstruction, disrespect and apparent sabotage of reform efforts by parole commissioners. This behavior, combined with obstructive practices by DOC staff in classification, programming and community corrections are drastically curtailing the possibility for release of people incarcerated under the old law.

We have decided that a stronger public voice in support of reform and releases is necessary, so we’re encouraging people to attend parole commission meetings and will follow the next meeting (Feb 5) with a rally. We also released Ben's notes from January publicly and sent them to hundreds of people incarcerated under the old law. Last summer we delivered a rules change petition to Governor Evers and Chairman Tate. At the monthly meetings we will be delivering the petitions again, showing increasing public support for the release of old law prisoners.


On June 20, 2018 a 17 year old Black girl named Chrystul Kizer from Milwaukee defended herself against a 34 year old child pornographer and sex trafficker named Randal Volar, ending his life. Volar had been investigated by Kenosha police since at least February when he was arrested, but released despite possession of child pornography and other clear evidence. Kenosha DA Michael Graveley failed to charge Volar, but is now pursuing first degree murder charges against Chrystul.

FFUP volunteers are working closely with Chrystul and her family to raise awareness of her case and to demand that charges be dropped. We’ve helped pack the court for each of her preliminary hearings and taken control of the narrative around her case. We are also helping organize a rally at 5:30 pm on February 5 at UW Parkside, where Graveley teaches Criminal Law. On Thursday February 6, 8:45 am Chrystul has another hearing at Kenosha County Courthouse. She is requesting a bond reduction to one we can fundraise enough for, so she can come home while awaiting trial.

How you can help this campaign:
1. Follow #FreeChrystul on social media and share the campaigns stories and updates.
2. Donate to Chrystul’s family, sign the petition, write to Chrystul and ask organizations you’re involved in to contact DA Graveley.
3. Attend the rallyon Wednesday and / or the court hearing on February 6.