Seg Hell-campaign against overuse and abuse of segregation 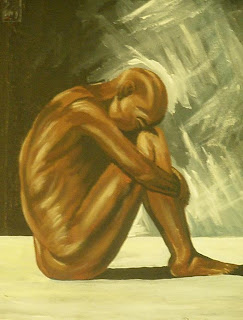 Our prisons are filled with mentally ill people, most of them sitting in perpetual segregation. This happened when we closed our mental institutions and did not provide alternative treatment clinics. Because  we also do not provide the Department of Corrections  enough money for help with strategy/planning, adequately trained staff or  treatment tools,  a New Bedlam has arisen. Here we will be describing general conditions and letting segregation prisoners speak of the unspeakable conditions in which they live. Because we have a unique position in that so many prisoners write us, we will also be posting specific cases and have decided it is imperative to gather this information for more formal presentation in an effort to get americans to fight for rehabilitation tools in prison and  funding for our communities and people at risk. .

WCEHTP :Wisconsin committee for the ethical and humane treatment of prisoners


4)Coming: You can write to prisoner in special need. We offer email support and PO Box. Email for suggestions of who to write or go to one of these blogs:
"stuck in the new bedlam" is a new blog that specifically tries to help the mentally ill. 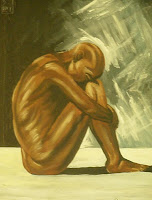 Animal in a cage "Animal in a cage" by Darren Morris    This depicts a man in "observation status" .The prisoner has confided in a guard  or health  personnel that he feels he might harm himself. He is stripped naked, put in a cell without matress, left with camera on 24/7. Besides drugs, and a few minutes of counseling at the cell door, this is usually the only "treatment " for prisoners with suicidal thoughts. Artist Darren Morris is a survivor of these horrors. View more of his art, His story here
He and many other prisoners have donated art for FFUP fundraising: see it here.

Advocacy blog
about ten years ago , in  a lawsuit against the supermax prison in WIsconsin, the judge rules that severly mentally il prisoners could not be housed in the supermax. We were all happy. These prisoners , however , were simply transferred to other prisons and ended up in seg hell there, where there is no monitoring and conditions are arguably worse because the former supermax   gets closer scrutiny. Here is part of a lawsuit complaint from a prisoner in CCI , who was one of these transfered from WSPF , the former Supermax, because of severe  mental illness. IT is hard to read as  it graphically describes conditions and impells us as a society to do change the way we do criminal justce in this society.

essay:           "the Hole"
Well, I have been in the hole now for a little over a month and let me tell you it's a "hell" of an experience. I've never thought that I'd see so much pain, anguish and despair. It's really hard for some of these men to come to grips with the possibility that they will never go home. And the crazy part is that  a lot of the pain the inmates have caused on their "victims", the inmates suffer or share that same pain. It has been my experience by closely observing other inmates behavior and conversations, that their pasts have been filled with the same hurts and abuse as was carried out on "victims". And inmates too, try to deal wit this internal pain by physically harming themselves. I"ve "seen" inmates literally cut their Face with scissors (gash themselves literally) swallow razors, swallow glass, swallow screws, slice their wrists, attempt suicide by strangulation etc. The list goes on and on. These poor men  can't deal with the mental trauma so they try to deaden the mental pain by exchanging it for physical pain. I've heard men scream for hours!! Trying to wrap their minds around the fact that they may have a life sentence w/no parole and couple with the mental pain they have to live with that was caused from neglect and sexual abuse and physical abuse as a child.  I don't even think a trine psychologist could fully understand the weight or depths of their pain unless you're able to experience this first hand like I am. It's really sad and though my heart goes out to each and every victim that has ever been wronged in this world my heart goes out to these men too. It's strange how the mind works and how the mind, body and soul thirst for affection and love. I've witnessed situations where men would go against their own moral , religious and ethical code just to receive love and affection from others because family has abandoned them.  I thank God every day that He has given me strength and blessed me with a friend like you. I never judge people with regard to the sexual preference but I am glad I've never been in a situation where I was so weak at such a point of despair where my moral, ethical and religious belief was compromised due to lack of affection to the point of "me" resorting to homosexuality, and as I said before I don't judge I just observe with compassion because the environment is unnatural to everyone who is subjected to it.
> writings and poems by prisoners on the subject of solitary torture:
some here:

"I have cut my throat with razors, glass and metal and wasn’t suppose to live through any of those incidents. My arms are so scarred I don’t even look human any more. And yes, I do get teased and laughed at quite a bit by staff and other inmates. However, they don’t understand that the only way I feel alive or human is when I can see the evidence of my mortality flowing from my veins and the only way these people here respond is by stripping me naked and putting me in a cold cell but then a few days later putting me back on the tier declaring me “OK”. But I’m not okay, Ms Swan and I don’t know how much more of this I can take. The doctor cut off my anti-psychotic meds and everyday I want to cut myself but because these people will use it against me to keep me locked in here I try and resist the urge. I don’t know what to do any more."    Shaun Matz
Brian Locke's Incredible StoryHe is manic depressive and in prison for multiple misdeameaners. He is in the most isolated condition and trying to make his way our to ewhere he can have property. Included here is news article about his plight, court transcripts .

more testimoney
. "Those seg units are not right. I understand that if I do something wrong, I should be held to answer for that.
The place usually smells of urine, and I do not mean the gas station bathroom kind, this is the kind that when I first smelled it, I got sick, partly because it is usually fused with other smells, body odor from guys that have not washed in a while, and at times fecal matter. There is an endless attack of noise, banging and yelling, but if I take out my hearing aides to escape the noise, then I do not get fed. There are no real programs to deal with the needs of the mentally ill, the staff do not know how to deal with us and often times they do things to intentionally make it worse and sometimes it seems unintentional.
They cannot make an accurate diagnosis of what is really wrong, because they see so many people they just give you pills and send you on your way, and they will change that diagnosis to suit their needs. I had been in a single cell for nearly 14 years. When I got here as a way to get even with me and punish me, they took my single cell status and doubled me up.
I was fortunate, I was blessed to meet people that helped me brake the cycle. I have been stable for about 3 years on medication.


This man calls guards "pigs" and never uses first person. Here he describes well the conditions in seg hell.
"While placin us in this cell some inmate upstairs was bangin on his sink and toilet real hard soley to harass other prisoners. It sounded like he was in our cell poundin our sink and toilet (both metal) with a hammer. About  minutes later they cleaned out cell 4 ( we're in cell 3), and moved an inmate from upstairs in cell 4. As it turned out, the inmates in cells 2 and 4 spend all day-every day bangin on their neighbor's walls ( ours included), their sinks , toilets, and doors and yellin' out their doors 4- the- sole purpose of keeping us prisoners awake, to annoy prisoners, and to prevent prisoners from having conversations. The tripped out part about this is that the pigs encourage these cranks to do it. Every dude they've put in cell 4 has been suicidal. The last dude was eatin' his feces at the sgt's urgin. He attempted suicide then the pigs ran run in on him and moved him. The bro they have in here now has a history of suicide.
We believe the pigs moved us to this cell to thwart our endeavors to litigate effectively. It's been extremely rough on us to focus on said endeavors vi a forced lack of sleep and incessant noise from said prisoners. God willin, we shall overcome!"

Elizabeth Vasiliades This essay will first discuss the history of solitary confinement as a prison technique and its negative psychological consequences. Parts II-IV then recount the international standards for prison conditions and, comparatively, the protection afforded under the Eighth Amendment of the U.S. Constitution. Part V will then discuss progressive European prison standards and protection of international human rights. This essay concludes, in Part VI, that U.S. solitary confinement practices contravene international treaty law, violate established international norms, and do not represent sound foreign policy.