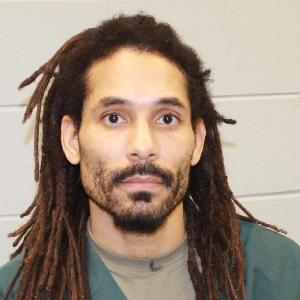 Sean Young is on hunger strike after being sexually assaulted by a group of staff members at WSPF.
You can write to Sean Young here:

Sean has requested that FFUP share his story with the media and the public. Below is an email we sent to the head of DAI and the DOC Communications Director. Below that is a list of staff involved and an excerpt from his letter to FFUP.

Hello Makda and Molly,
Staff at WSPF sexually assaulted a man named Sean Young (ID 505480) on December 4.
Mr Young is on hunger strike.
After requests to speak with Dr Hoem about his emotional response to news of death in the family were ignored for 12 hours  Mr Young self harmed by hitting his head on the cell door. He voluntarily moved to a strip cage. Before he could enter the strip cage, staff cut his clothes off, fondled his genitalia and spread his butt cheeks. They made lewd comments. Other staff, including women, watched.
On Dec 5 he reported the incident to PREA, but he hasn't heard from them as of Dec 8. We have seen a number of these types of incidents be ignored by PREA investigators.
Please look into this incident, make sure the PREA investigation is meaningfully administered and check on Mr Young's hunger strike and well being.
Thank you
Ben Turk
Staff involved:
- Captain Brinkman was the first to ignore Sean's request for Dr Hoem on evening of Dec 3.
- CO Fishnick, CO Finnell, and Sgt Tierney ignored his requests the next morning.
- Lt Scullion, and social worker Dickman spoke with Sean that morning, but failed to bring mental health staff.
- COs Wiegel, Gallinger and Fedie cut his clothes off without giving him an opportunity to voluntarily remove them. They held him down while Wiegel fondled his genitals and spread his butt cheeks, making lewd comments while they did it.
- Lt Scullion gave the order for Sean to be assaulted.
- COs Funk, Finnell, Fishnick and Tierney and unit manager Brown stood around watching the assault without intervening.
- Finnell and Fishnick are women and Sean felt especially humiliated to have them witness this assault.
FROM LETTER BY Sean Young 505480 WSPF/12 8 19
I’m a convict currently housed at WSPF and while her ( since Jan 2016) I’ve endured so much pain and suffering (physically and
mentally that is) this letter is a cry out to you for immediate help before I die or before I’m killed. Since Dec 2, 2019 I’ve been on
a hunger strike and liquid strike .Also I was recently sexually assaulted by staff at WSPF please allow me to explain what
happened,
On Dec 3, 2019 I received some bad news about a death in the family) while on the phone with my youngest daughter.
Immediately after I got off the phone with her I asked the 2 nd shift sergeant to speak with a wh shirt –and i spoke to Capt
Brinkman about the matter. ON Dec 4 , 2019 At approximately 6 15 a.m. I called up to the sergeant’s station and spoke To C/o
Fishnick who informed me Sgr terney ( who was the first shift Sergeant at the time) wasn’t in the cage at the time. I asked her to
please tell sgt Tierney I’d like to speak to him about something important before he goes back to the cage-I let her know it was
about a death in my family. At approx 6:40 am I heard Sgt Tierney announce breakfast over the cell speaker , I called up to the
sergeant station and asked sgt Tierney did c/o Fishnick tell him I’d like to speak with him? He said yes but he had other
important things to take care of and he would get to me whenever he could. I told him about the death in my family and that I’d
like to speak with PSU-Dr Hoem because I’m in a pretty bad state of mind at the present time. He told me he would see what he
could do&gt;When C/o Finnel l brought me my breakfast I help the trap.. Shortly thereafter sgt Tierney came to my cell A320 But I
refused to speak with him , Thereafter Lt Scullion and social worker Dickman came to my cell an talked to me- I told them both
about the phone call I had with my youngest daughter the previous night and I’d like to speak with Dr Hoem ASAP.
Shortly thereafter I committed self harm by banging my forehead on the cell door. Voluntarily I was removed from my cell and
escorted to a strip cage in the main corridor by range 4. Once there I was tethered to the strip cage door and told to kneel to get
the leg irons removed- and when I did so, c/o Wiegel began to pull/cut my clothes off me ( before even allowing me the
opportunity to go into the strip cage), while c/os S Gallinger and Fedie held me down c/o Wiegel then preceded to fondle my
genitalia area and spread my butt cheeks and peered in between them. Also while he was cutting my t-shirt off me he made a
lewd comment about how sharp the new scissor are as they grazed the top right part of my buttlocks. During the time of the
sexual assault LT Scullion ( he gave the order for me to be sexually assaulted)c/o K Finnel Unit manager Brown C/o FIshnick and
Sgt Tierney ( he was in the sergeant’s cage) all stood by and watched it occur instead of intervening to stop it. I felt so humiliated
because i was sexually assaulted in front of two females, C’os Finnell And M Fishnick. M Swan none of the nine staff members at
WSPF who played a part of me being sexually assaulted followed policy, procedure and protocol that awful day. n Dec 5 3029 at
Approx 7 pm I called PREA and reported the sexual assault to me by staff at WSPF to sate I’ve yet to hear form them concerning
the incident. I hope to hear from them soon.
Long list of people to contact in WSPF, Madison and media, lawyers etc- of note- asks me to callHSU manager Jaimie Adams (
only ask her about my health since I’ve been on hunger strike and liquid strike and since I sustained the severs forehead and
facial injuries on Dec 4 th .
at December 14, 2019