For the last two months Columbia Correctional Institution (CCI) has been on a lockdown. The lockdown was officially lifted on December 22, but the facility continues to operate on "modified movement" status, and many lockdown restrictions remain in place, seemingly indefinitely.
FFUP has been monitoring the lockdown as closely as possible. Our correspondence has repeatedly been delayed because staff are improperly intercepting corrlinks emails and labeling them a "threat to the institution" when they contain nothing but descriptions of conditions, events, and violations of DOC administrative codes. We've also filed records requests, which the DOC is taking unusually long to respond to. We are an all-volunteer organization navigating these delays, but we will continue to investigate and release information as fast as we can.

We heard that Portage county sheriffs were investigating Mr Bracey's death and contacted them about letters we received about guards refusing Bracey treatment or access to his inhaler and the Warden's policy that medical staff only be alerted for emergencies. This policy and guards neglect clearly led to Bracey's death.

Sheriff Mike Haberlee was the investigator on the case. We gave him names and asked him to speak to the witnesses who'd informed us about the death. He was hard to get a hold of, never spoke with the witnesses, went on vacation for the holidays, and upon returning left us a this voicemail:


"We have done a uh... extensive investigation. What you are being told by the inmates may not reflect what occurred based on video evidence and a contact that we have. So with that said if you have letters from prisoners who say that they witnessed something you can sure mail those to the Columbia County sheriff's office."

We will mail the letters to him, but have no confidence that he will act on those letters, since he already had the information they contained and didn't bother to speak to the witnesses. Incarcerated people warned us that the Columbia County Sheriff's department generally doesn't do substantive investigations. We interpret Sheriff Haberlee's inaction as another example confirming Columbia County Sheriff's disinterest and unsuitability to investigate crimes committed by DOC staff. 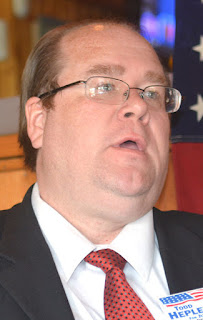 The Wisconsin Department of Corrections (DOC) is using force-feeding torture to break hunger strike protests. Force-feeding requires a judge's orders, but judges in rural Wisconsin have been more than willing to assist prison staff with getting the torture going.

We first heard about ODell Miller's hunger strike at Columbia Correctional Institution through Damani Nantambu, who's recent letter exposed a variety of racism, abuse and fatal medical neglect at the facility during and following the lockdown.

Damani's letter included the case file for the force feeding order, but when we looked it up we saw the record was sealed by Judge Todd Hepler, suggesting that Hepler knew that authorizing the force feeding of protesting prisoners would be controversial.

Back in 2016 more than 30 Wisconsin prisoners launched a coordinated hunger strike, dubbed the "Dying to Live" protest. After 10 days they were force fed. Some endured force feeding for hundreds of days before the DOC negotiated individual deals with them, avoiding the systemic changes (ending long term solitary confinement) they demanded. That same year 12 people died by suicide in Wisconsin prisons and FFUP received a number of complaints about staff putting people on suicide watch, then giving them the means to self-harm, which surely led to this spike in deaths.

Skimming court records we found a few other cases that appear to be force feeding petitions filed by the DOC, and we know of at least one other recent case where a man named Fredrick Andrew Morris (579941) at Columbia Correctional Institution was (and perhaps still is) being force fed. He's on hunger strike demanding to be treated in accordance with medical restrictions.

According to a memo from Warden Novak, the lockdown was justified under DOC 306.15, which states:

"Warden may suspend or modify institution operations and authorize a search of all or part of institution premises."

The first thing is, no weapon or contraband was involved in the November 8 attack on Sansbury, according to prisoners who had long chats with guards), so contraband was not relevant. Secondly, the search was only done on the unit that the attacker lived on, no other units. This search was clearly punitive, meant to send a message to others -- a lot of b.s. was taken, extra this and that, likely some things that were not even contraband. It doesn't take more than a day or two to search a unit, yet the whole prison was locked down (including units that were never searched) from November 8 to December 22.

Warden Novak may be justifying the lockdown under DOC 306.22 and .23, which authorize lockdowns if an emergency exists or a disturbance prevents the normal functioning of the institution." The problem with this is the incident on November 8 involved one person beating one guard and the DOC defines a "disturbance" as involving more than one prisoner.

Further, during this lockdown Warden Novak suspended pay for all prisoners, which is only authorized (under DOC 309.55) if the lockdown is "precipitated by the misconduct of any inmate." This rule is problematic as written because it punishes all for the conduct of one person, but it also does not apply to this lockdown, because DOC code does not provide for lockdown due to an attack by a single prisoner.

Talking to guards and observing tensions in the prison, it became clear to Nate that the real cause for the lockdown was guards threatening to walk of the job after the assault of Sgt Sansbury on November 8. In 2014 following another violent incident (described by Cesar DeLeon here) staff at CCI did walk off the job. Novak and DOC admin won't admit this happened because it suggests that they don't control the prison, guard staff (and particularly the most racist, Trump-supporting staff) are actually in control of the facility.